As the Chinese UPR Market Starts to Put Out Green Shoots; the US and Europe Face Frosty Demand 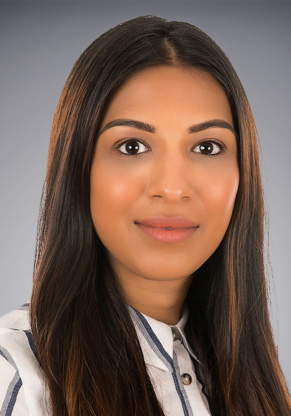 The Chinese UP resin market started to show some recovery in March after coming to a standstill in late January and remaining virtually shutdown during February. Downstream industries have not fully recovered and end-user sectors remain weak, but there are signs of improvement.

China’s economy posted its first decline in decades as GDP growth in the first quarter of this year contracted by 6.8% year-on-year, according to China’s National Bureau of Statistics. The Chinese economy was hit hard by the COVID-19 outbreak in January and February 2020, and was only just beginning to recover in March. However, there will be headwinds to contend with as global demand has been severely damaged by the spread of the pandemic. Export business is really challenging for Chinese manufacturers at present and will probably remain challenging during the second quarter as analysts are expecting worse data for exports in April and May.

The Chinese UP resin industry has been oversupplied for many years and average operating rates are normally below 50%. Annual production has been around 2 million tons, some estimate higher, some estimate lower, as it is not easy to precisely calculate due to the hugely fragmented market, there are many relatively small and medium scale operations. The consensus is that this industry in China is stable but weak. However, the situation may be different for some end-use segments.

The biggest downstream sector for UP resin in China is FRP (fibre reinforced plastics); which accounts for at least half of total UP resin consumption; and FRP demand is majorly domestic-oriented. However, FRP demand growth has been slowing down along with the country’s macro-economic situation in recent years. The remaining UP resin demand is concentrated on artificial stone, coatings, and other relatively small and diversified applications. Exports of UP resin downstream products have already been adversely affected by the prolonged US-China trade war, and antidumping duties imposed by the US on artificial quartz stone from China last year.

In recent years, some Southeast Asian and South Asian countries have been attracting more investment from China and other countries, to build downstream manufacturing industries there, with the benefit of lower labour costs, favourable trade conditions and tax incentive schemes. Looking at China’s UP resin export volumes, though still very limited compared to domestic consumption, these are increasing gradually year by year, especially in 2019. China has turned into a net exporter in 2019 from a net importer in earlier years. According to China Customs, China imported 24,562 tons of unsaturated polyester, and exported 33,213 tons; double the export volume of 2018.

To support the export sector, China announced increased export rebates for some products, including UPR, effective 20 March 2020. The UPR export rebate has increased to 13% (equivalent to the entire 13% VAT), up from a previous level of 10%. This increased export rebate should boost overseas business; however, export opportunities could be limited, especially in the second quarter of this year, with more and more economies suffering from the COVID-19 pandemic outbreak.

Before the pandemic, Chinese UP resin demand had been expected to show limited growth or stability. With the global economy sputtering due to the pandemic, forecasts for UPR and as well as chemical intermediates, need to be reassessed. This is difficult as there is so much uncertainty ahead and so much unknown about the timeline for recovery across the globe. However, a negative growth rate for China’s UP resin sector seems very likely for 2020.

The outbreak of COVID-19 reached the US and Europe early in March, approximately 4-6 weeks after the outbreak picked up pace in China. Lockdowns across Europe started early in the month and are only now starting to be eased by some countries. The road to recovery is likely to be long. The same can be said for UPR demand in Europe and the US, the impact of the virus on growth rates will be big but there is too much uncertainty around at the moment to try and put a figure on this but it is likely to be a significant double digit decrease. Both these markets were facing a tough 2020 as it was and the outbreak has added further pressure. US demand had a good few years prior to 2019 and volumes were almost back to levels seen prior to the 2007/2008 crash. European demand was more stable and growth had been quite limited. Margins in both regions have been better in recent years and producers will be hoping to hold on to as much as possible in the coming months.

Several European production plants have been operating at reduced rates over the past month, particularly in Italy and Spain. Delays have been reported for raw material deliveries, material coming from Italy and Spain has been delayed by weeks. Delays from German and French sources have been limited to a few days. Some UPR producers have had to declare force majeure on deliveries of raw materials as they are unable to take their contracted volumes. Many others have asked suppliers for volume relief and extended payment terms. Demand has fallen off dramatically as construction activity slowed and the automotive industry has ground to a halt. 2020 was always going to be a tough year, the aim for many was to finish flat to 2019 but this is now very unlikely. The situation will become clearer as lockdown restrictions are lifted and economies start to open up. For April, European demand is expected to finish down by over 40%, some recovery is then expected in May but the market is unlikely to get back to pre-COVID-19 levels in 2020.

The European market is very fragmented and competitive, cheap imports from Turkey were already causing issues in the market before the outbreak of COVID-19. Domestic players were considering anti-dumping duties and we will have to wait to see how this picture develops. Several players have said that the European market needed some more rationalization and maybe this outbreak could lead to that outcome.

In the US, March started well and it was business as usual during the early part of the month but since then, demand has dropped significantly. Estimates at this early stage suggest a fall of around 15-20% compared to 2019 and April demand is already down 20-30%. May is expected to see a pick up but still well below expected levels. As with Europe, it is unlikely that US volumes will get back to pre-COVID-19 levels this year. Feedstock prices have plummeted as have UPR prices, but no one is buying. Downstream demand for some has ground to a halt; raw material inventories are high and run rates have been reduced dramatically.

As China recovers, the Western world is still reeling and will continue to battle the outbreak for some weeks yet. Lockdowns will be slow to end and even after these strict measures have been removed, social distancing measures will likely remain in place for some time, limiting business and industrial activity. Demand will take a long time to recover and market sentiment will remain weak. This will keep prices depressed in the near term and further price deterioration may be seen in the near future, but longer term, with adherence to public health rules and close cooperation between buyers and sellers, a resurgence of demand can be expected and a recovery in pricing should not be far behind. End-use demand will drive UPR recovery and this is expected to see wide variation. Sectors such as marine and recreational vehicles can be expected to languish for months while construction, especially government projects with significant demand for pipe and tanks, could well see a strong and sharp rebound.

Epoxy Resins – A Market Full of Shocks and Surprises