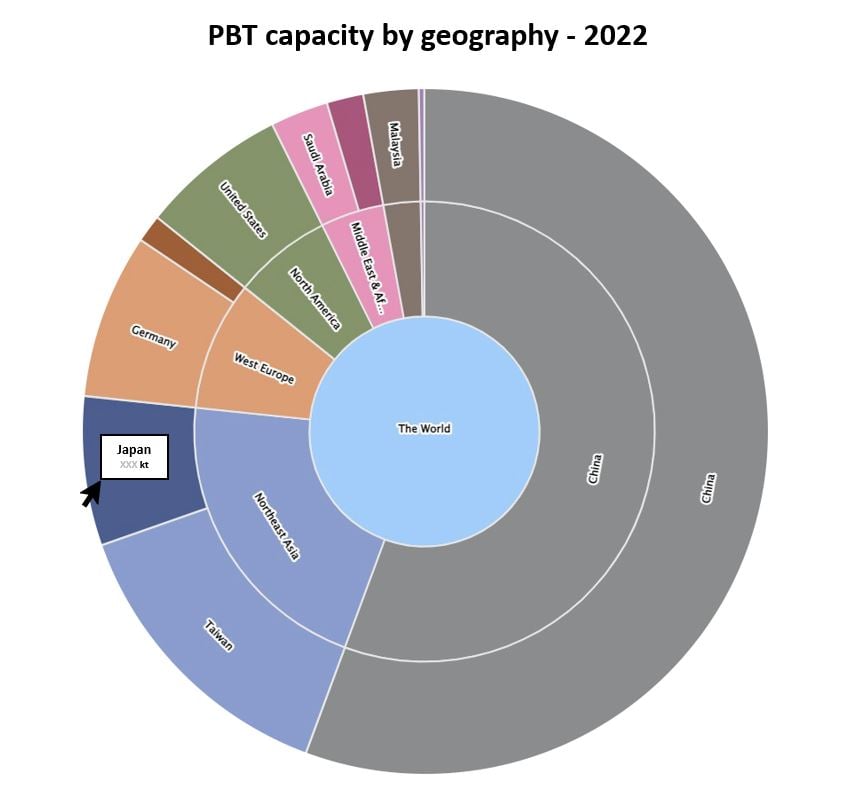 As the automotive sector pivots to manufacturing electric vehicles, engineering plastics will increasingly replace traditional materials like steel and aluminium. Plastic parts are already significant in the strategy to reduce the weight of internal combustion engine powered vehicles, electric and battery powered vehicles bring with them a new paradigm – namely high voltage applications.

It is in this arena that the distinct properties of the engineering thermoplastic polymer such as polybutylene terephthalate (PBT) will be key.

Because high voltages are vital to an electric vehicle’s (EV) transmission and propulsion, the materials that surround its electrically charged mechanisms – its powertrain – must be insulated to ensure safety. The engineered thermoplastic polymer PBT meets the property demands of a high voltage insulator due to its high temperature resistance and tolerance to strong currents.

German specialty chemicals company Lanxess tailored a PBT material for high voltage connectors to the EV market. Lanxess’ new PBT tolerates temperatures up to 150 °C, and is a halogen-free and flame retardant compound with ‘enormous potential’ in electromobility applications the company says.

Plastic connectors must remain electrically insulating in order to prevent ‘tracking’ – an irreversible deterioration on the surface of an insulator which can lead to the creation of a conductive path. Experts define the issue in terms of a material’s dielectric strength – the maximum voltage required to produce a dielectric breakdown through a material.

Japan’s Polyplastics Group produces a 30% glass-filled PBT targeting applications arising from the electrification of the automotive industry. The company claims that PBT connectors absorb less moisture than those moulded from PA 66.

PBT structural parts made from BASF's PBT Ultradur feature between the inner and outer shell of the BMW i3 carbon body. The largest component – and the first of its kind, according to BASF – is an integral component located in the rear side area between the carbon fibre body shells. Aside from its load-bearing function in the event of a crash, it also serves to keep the two body shells apart and forms the rear opening for the side window.

Spanish automaker Grupo Antolin has also worked with BASF's Ultradur PBT to lightweight key structural elements in its vehicles by replacing steel elements with Ultradur. The company claims to have lightened plastic frames weight for panorama headliners by up to 60% using BASF's branded PBT.

Purified terephthalic acid (PTA) and 1,4 butanediol (BDO) are the key feedstocks for PBT. And the market for PTA feedstock paraxylene is currently disrupted due to the increased demand – and deep pockets – of gasoline blenders.

In recent years, prices for PTA produced in Asia rose by around 50% and dropped by 50% compared to the price settled in 2018. The price of BDO meanwhile, has doubled or more than doubled in most of the world since 2018, while in China its price has been subject to intense volatility during that time. These factors – along with many others – have shown how the PBT market can be vulnerable to disruptions that occur in either downstream environment.

Compounders and converters faced further complication when certain reinforced grades could not be produced due to a lack of glass fibres – a product sourced mainly from China. Supply chains can take months to rebuild following such disruption. 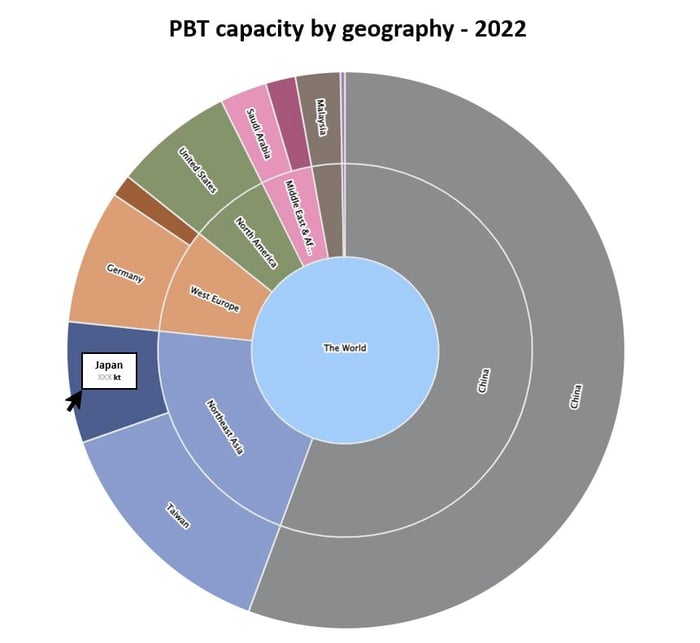 As the pie chart above shows, China's share of the world’s total PBT output is the biggest. In fact, archives within Tecnon OrbiChem's proprietary chemicals data platform OrbiChem360 show that the country almost tripled its output in under five years last decade. The platform also shows that Northeast Asian output is in second place followed by West Europe then the US. Although both these western regions' respective outputs dwarf that of the Middle East & Africa region, their combined output more than doubled in the two-year period to 2016.

OrbiChem360 subscribers are able to see each region and country's total output in kilotons simply by hovering their mouse cursor across the chart. The platform also includes a breakdown of outputs by producers within each country. The platform's Plants & Projects is updated when consultants confirm new or added capacities. Current, and forecast, prices for PBT (its feedstocks and other chemicals) are available elsewhere on the platform.

'With this level of insight,' says Tecnon OrbiChem's global sales manager Matteo Baldi, 'procurement teams can shop around in volatile and changing marketplaces. The era of long-established and steadfast buying and selling relationships or patterns has evolved. The new generation is one in which buying and selling teams swap, switch and move in markets with agility in order to get the best deal at the time.

This blog post is the fourth in a series exploring the chemicals and feedstocks that underpin the automotive sector. Prior blog posts in this series are Polyamide for automotive engineering plastics; Recycling tyres: The auto sector's sustainability boon and Automotive supply chains of the future and tyre sector circularity.

For insight on feedstocks serving the auto sector – whether upstream or downstream – sign up below and we will keep you up-to-date on your chosen chemicals. 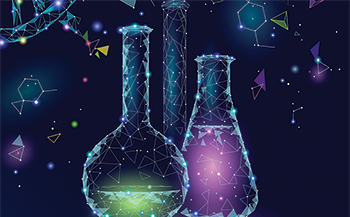 Chemicals industry crystal ball: Pricing up over 40 chemicals to 2024 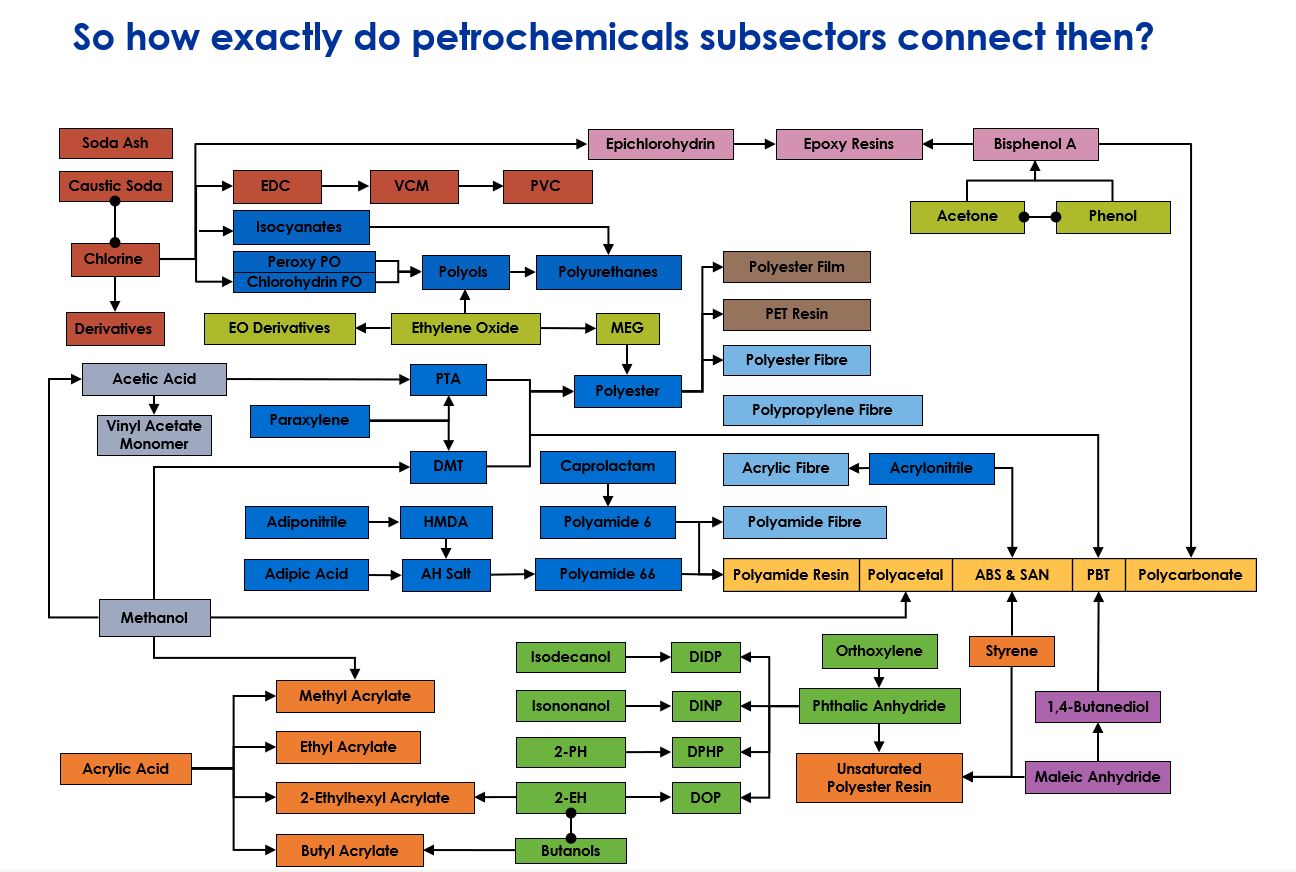