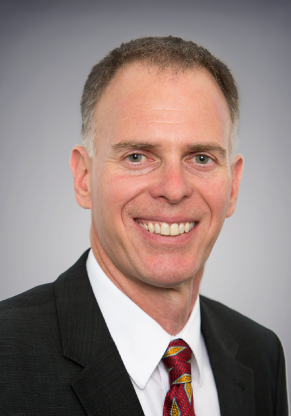 INEOS's profile in the global petrochemical industry increased to another level on 28 June with the announcement it had purchased bp’s Aromatics and Acetyls businesses for a total consideration of $5 billion, according to press statements from both companies. The deal includes all of bp’s production assets for paraxylene, purified terephthalic acid, acetic acid, acetic anhydride, vinyl acetate monomer and other related products, but does not include assets at Gelsenkirchen (cracker) and Mulheim, Germany (aromatic solvents), which are highly integrated with bp’s Gelsenkirchen refinery.

Subject to regulatory and other approvals, the transaction is expected to complete by the end of 2020, according to the companies. Under terms of the deal, INEOS will pay bp a deposit of $400 million and will pay a further $3.6 billion on completion. An additional $1 billion will be deferred and paid in three separate instalments of $100 million in March, April and May 2021 with the remaining $700 million payable by the end of June 2021.

For the acetyls industry, the deal represents a seismic shift in the competitive landscape. With the announced purchase, INEOS will move from its current position as a large net buyer of acetic acid to become the second largest acetic acid producer globally (net production capacity) behind only Celanese. INEOS also will become the largest supplier of acetic anhydride (150,000 tpa) in West Europe.

“As we also saw in the global financial crisis, promising chemicals assets most often come available when those who've stretched their balance sheets (like BP's net debt-to-capital well above its 30% target) hit a downturn,” said Jason Miner, a senior global chemicals analyst with Bloomberg Intelligence. “Private or closely-held chemicals companies are usually the stronger www.orbichem.com 29 June 2020 Page 2 hands that swoop in, given the long investment horizons required in chemicals businesses. How much under-investment, and latent opportunity, will be unleashed by INEOS is now the question facing other acetyls players like Celanese, LyondellBasell and Eastman.”

Among other products included in the deal include bp’s 36.9% stake in Atlas Methanol in Point Lisas, Trinidad and Tobago, which is majority owned by Methanex (63.1%). The sale will also include related interests such as the chemical recycling technology bp Infinia and bp’s interest in acetylated wood developer Tricoya.

For more than 50 years, bp has been associated with acetic acid production at the Saltend site near Hull, UK. Some market participants will not be surprised by bp’s decision to divest most of its remaining petrochemical business, nor will they be surprised to see INEOS as the buyer. In early June, bp announced it was cutting 10,000 jobs worldwide in response to the dramatic decrease in oil demand due to the COVID-19 pandemic. In mid-June, bp said it was writing down its global oil and gas assets by $17.5 billion due to the impact of COVID-19.

Innovene, bp’s olefins, derivatives and refining subsidiary, was sold to INEOS in 2005 for $9 billion. INEOS then acquired bp’s vinyl acetate monomer and ethyl acetate plants at Hull, UK, in 2008. The VAM unit was permanently closed in 2013, but INEOS is considering building a new VAM plant at Hull and expects a final investment decision to be made later this year. As part of the new deal, INEOS also purchased bp’s joint venture stake in the VAM unit at Ulsan, South Korea.