You produce and consume polyurethanes & intermediates; we provide the business intelligence you need to do so effectively and profitably.

How clients benefit from our Polyurethanes & Intermediates data services

The data, analytics and insights we provide

Benzene is consumed primarily in the production of ethylbenzene and styrene monomer, cumene and phenol, cyclohexane, chlorobenzene, nitrobenzene, alkylbenzene and maleic anhydride as well as a chemical intermediate. Benzene can be sourced from reformate, pyrolisis gasoline, toluene disproportionation and the hydrodealkalation of toluene.

Toluene is used primarily as an octane booster in gasoline. It is also used as a feedstock via disproportionation, in which benzene and xylenes are produced, and in hydrodealkylation (HDA) to make benzene, as well as in several chemical applications. Feedstock for benzene and xylenes is toluene's main chemical use. Other chemical applications include TDI and solvents. Toluene grades are: TDI-grade (over 99% purity); nitration (98.5%) for solvents and phenol and commercial (96%) for gasoline blending and as a feedstock for HDA and TDP. Most toluene is produced via catalytic reforming of naphtha in the process of gasoline manufacture.

Propylene is the second of the major olefins, after ethylene. It is co-produced together with ethylene in steam crackers and also by refinery cat-crackers and, increasingly, dehydrogenation of propane. Propylene has become much more than just a co-product. It is growing faster than ethylene and various processes for on-purpose propylene production have been developed to provide incremental capacity. Propylene's major derivative is polypropylene but it is also used to produce acrylonitrile, plasticiser alcohols and other chemicals.

MDI or methylene diphenyl diisocyanate is an important raw material for polyurethanes. MDI undergoes a series of complex manufacturing stages. The process starts with benzene and nitric acid, and via aniline and formaldehyde reactions is also subsequently phosgenated to the final mix of isomers, which are distilled to the desired series of end-products. MDI is used in polyurethane chemistry by reaction with polyols, to produce a wide range of flexible and rigid foams, and elastomers, adhesives and coatings.

TDI or toluene diisocyanate is a key raw material for polyurethane applications. The starting point for TDI is toluene and nitric acid, which thereafter undergo phosgenation reactions as well as distillation to arrive at the final range of TDI isomers. TDI is used in polyurethane chemistry by reaction with polyols, to produce a wide range of applications. TDI is produced in different grades, either for slab polyurethane foam which makes up the major end use sector, or for coatings adhesives sealants and elastomers applications. Flexible foam is largely used in mattress and furniture production.

Propylene glycol is a chemical intermediate obtained by hydration of propylene oxide. Di- and Tripropylene glycols, as well as small quantities of higher glycols, are also produced in the reaction. End markets are many and varied, one of the major uses being unsaturated polyester resins, which are used in surface coatings and glass fibre reinforced resins. Another very seasonal segment is in antifreeze and aircraft de-icing applications. USP grade MPG is used as a humectant in food and cosmetic applications, as a solvent for colouring and flavouring agents, and in various pharmaceutical uses.

Adipic acid is a chemical intermediate used in the production of nylon 66 resin and nylon 66 fibre or in polyol and polyurethane production. By far the largest demand is in nylon 66 production for both fibre and resin, whilst the remainder is consumed in non-nylon applications including polyurethanes. It is produced by oxidising cyclohexane to cyclohexanol and cyclohexanone, generally with a catalyst, and then the products are reacted with nitric acid to form adipic acid.

Polyether polyols together with isocyanates are essential precursors in the manufacture of polyurethanes. Although the highly reactive isocyanate group is the unique feature of polyurethane technology, it is the polyols that in large part determine the properties of the final polyurethane polymer. Polyether polyols are hydroxyl-functional polymers usually made from the reaction of PO and or EO with an initiator. There are various kinds of polyols, but polyether polyols account for the lion’s share of the polyol market. Rigid polyols are reacted with MDI to make rigid foam, and flexible polyols are reacted with TDI to make flexible foam.

Polytetramethylene ether glycol (PTMEG) is used primarily for elastomer production, with spandex fibres being the key end use. Other end uses include polyurethane resins used in the production of synthetic leather, flexible adhesives and coatings and solid elastomers. PTMEG is commonly produced through acid catalyzed polymerization of THF which is derived from 1,4 butanediol. It is available in various molecular weights and offers hydrolytic stability and a high degree of flexibility.

PU Coating System consist of both dry and wet coatings. Dry coatings are made by spreading PU resin onto release papers. This is then dried and stuck onto various fabrics. After drying the pattern on the paper is transferred to the resin. There are two principle technologies for dry coating. Each method has specific characteristics. The major downstream use for these types of coating is polyurethane synthetic leather. Wet coatings are produced by adding DMF solvents and other additives to the basic resin. The material is then deaerated and dipped or coated to the base fabric. After further processing the resin is shaped into the finished product.

PU sole resin is generally divided into three classifications according to hardness, density and use. Polyurethane based sole resin is very flexible in its usage and offers a wide range of properties according to the type of footwear. Sole resin also can be used in resin for inner sole and outer sole. Feedstocks include adipic acid, MDI and ethylene glycol.

Spandex, also known as elastane, is a segmented polyurethane. The major raw materials used in the manufacturing process are PTMEG and pure MDI. Spandex can be produced through dry, wet or melt spinning, with dry spinning being the most common method. Due to it exceptional elasticity, spandex can be stretched significantly without breaking and still retains its original shape. Its major applications are in clothing, underwear and sportswear where comfort and elasticity are paramount. When used for clothing spandex fibres are often mixed with cotton, polyester etc with the amount of spandex determining the elasticity.

Polyurethanes are plastic polymers, and traditional methods of preparing polyurethanes involve chemical reactions between isocyanates, MDI and TDI, and polyols. Polyurethanes can be manufactured into a range of end use products and are usually manufactured into rigid foams, flexible foams, specialty adhesives, chemical-resistant coatings, sealants, and elastomers. Foam capability is the main characteristic of polyurethanes, as it can be made into a variety of products. Rigid foams are used in construction and insulation materials, while flexible foams are used in mattresses, cushions, and automotive products. Polyurethane can also be used in columns and door frames. Low-density elastomers of polyurethane are also used in the manufacturing of footwear products. Many polyurethane materials have high energy efficiency properties and are favoured by many in order to reduce energy costs. 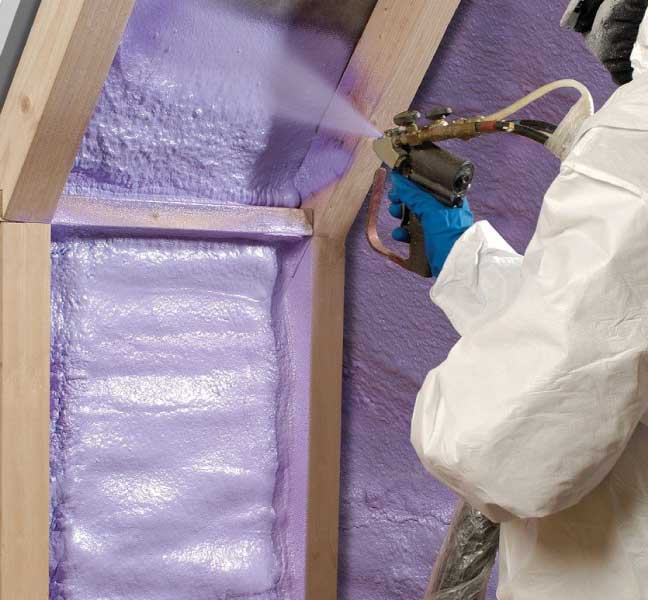 For the Polyurethanes & Intermediates Producers, Consumers and Investors