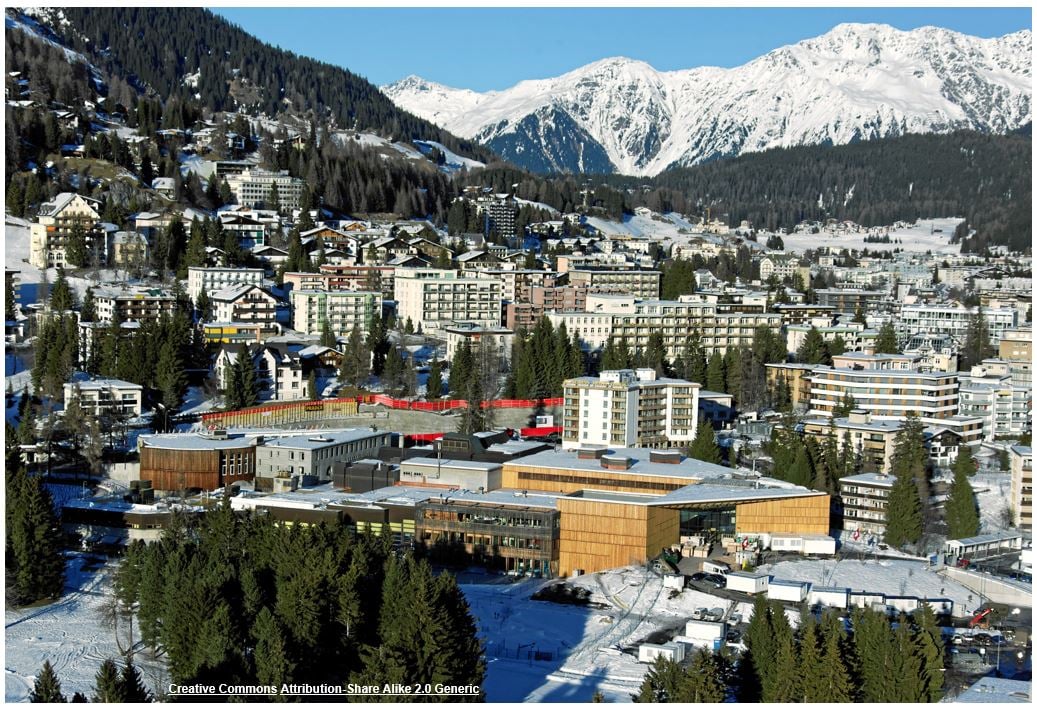 The chemical industry has faced many challenges in its history, and it has a record of overcoming them. 2023 however, presents a novel set of obstacles that, together, look daunting. Industry experts may have a longer list but the following appear to be the leading hurdles to success this year:

Individual countries could no doubt add to the list, but the above are the main factors of global relevance.

By now, the world has by and large learned to live with a diluted Covid menace. People have acquired partial immunity, through natural causes or vaccinations. The main point of uncertainty lies in China, where 33 months of zero-Covid measures have suddenly been reversed into almost zero interference with people’s lives.

'Chinese citizens have built up $2 trillion in savings,

which are waiting to be spent’

One factor in determining this change in policy was increasing resistance by workers to being confined within factories. This was just one item in measures that were leading to a fall in industrial output, and with it a decline in GDP to 3% for 2022. Will the sudden release from constraints trigger a splurge in consumer spending in China? Savings accumulated during lockdowns may be used to acquire desirables long out of reach.

At the Davos Forum this January, Hong Kong Exchanges and Clearing CEO Nicolas Aguzin said Chinese citizens have built up $2 trillion in savings that are ‘waiting to be spent’. Some analysts predict a big rise in spending after the Spring Festival holiday. Such a trend will stimulate a rebound in output of consumer goods and consequently in 2023 GDP. And that should work through into increased demand for industrial chemicals. 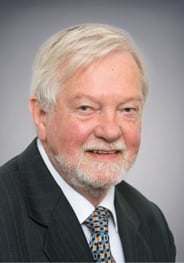 The steady growth in the world economy in the previous decade came to a stop and went into reverse in 2020. A recovery has taken place during 2021 and 2022, but the world lost three years of growth. Now, it takes about three years from approval of a project to build a chemical plant to its entry into production. Chemical plants that broke ground in 2019-2020 are now coming on stream, designed to feed a market that has not grown as expected initially.

This is the case mainly in Asia, especially China, which were the main engines of growth prior to the pandemic. The result is that overcapacity, already in evidence due to recent slowing of the world economy, is now being exacerbated by new plants that are not really needed until three years from now. Maybe 2023 will see a consumer-led surge in chemicals demand, but nevertheless the recovery will be marred by depressed profitability coming from overcapacity, at least for some chemicals.

The main worry for the European chemical industry is the high cost of energy. Natural gas prices peaked at €343/MWh on 26 August 2022, though they came down to €135/MWh in early December and at the time of writing (17 January 2023) are at €55/MWh, equivalent to US$17.4 per mmBtu. The peak came when it became clear that most supplies of natural gas from Russia to West Europe - which had been running at 40% of total demand - would be cut off permanently, after sabotage of the NordStream 1 pipeline. The decline since then has come as supplies of liquid natural gas (LNG) have been ramped up, sourced from Qatar, the US, and elsewhere. A floating reception terminal has been built and put into action in Wilhelmshaven in a record nine months. Storage facilities are full, with six weeks supply in hand.

However, even US$17/mmBtu puts the European chemical industry at a disadvantage compared to the US, with natural gas prices less than a third of that figure, and more importantly with Asia, with coal-based energy costs well below that figure. Some chemical plants in Europe have already been shut down (for example ammonia plants), some of them maybe for good. The site of BASF at Ludwigshafen is said to consume as much natural gas as the whole of Switzerland.

High natural gas costs in Europe go hand in hand with higher crude oil, naphtha and a host of other basic feedstocks, plus electricity. European chemical producers are having to look over their shoulders at potential imports coming from Asia or other regions with lower feedstock costs. Consumers may be reluctant to turn to overseas sources for their vital feedstocks, in place of the security of supply provided by a domestic producer, but purchasing agents are being forced to expand their purchasing of spot materials from Asia, China or elsewhere and reduce contract purchasing, to make savings. When local prices for polyamide 6 are at around $2800/ton, it is difficult to resist offers from China at $1650/ton fob, even if this becomes $1900/ton cfr ARA. But purchasers fear that these attractive offers will disappear if the Chinese economy booms later.

One of the factors which has shielded Europe from deep incursions of imported material has been the cost of shipping from Asia. Shipping costs of a 40 ft container carrying around 26 tons of material from East Asia to Europe were running at around $13,000 for most of 2021, adding $500/ton to the cost.

Freight rates for shipment of liquids by parcel tanker were running at $300/ton. These prices have come down since then, with current prices at $4000 per container, which is still higher than pre-covid rates however. Such costs have protected Europe from some inflows, taken together with import duties. There is also the necessity to obtain REACH certification in the case of liquids or volatile compounds. A problem for shippers is that they have no back-haul cargoes, with chemicals or polymers made in Europe not being exportable due to high prices.

Another burden on the chemical industry is citizens' growing concern in environmental problems. Specifically, large users of fossil fuels are coming under the spotlight. Chemical companies are having to burnish their environmental credentials, sometimes with a measure of greenwashing. Investors are being encouraged to study the Environmental, social & governance (ESG) credentials of potential benefactors of their funds. Increasingly though, ESG philosophies lack common standards and a plethora of measuring methods is being touted.

Using a natural material (such as corn or bamboo) may sound like eco-friendliness, but conversion to end products may involve much energy consumption and produce wastes. Pressure from the public is valuable in forcing change by industry to climate-friendly solutions, but chemical industry leaders grumble that the public has little appetite to pay for the increased costs of virtue.

Many world industries had come to rely on Asia – China especially – as the source of materials and components. At the height of the pandemic, their supply chains seized up. Shipping shortages – and freight's high cost – exacerbated the problems.

Just-in-time supply from a factory half way around the world may be possible when logistics work to perfection. They increasingly did in the prior decade. But the last few years exposed the fragility of such tenuous supply chains. Increasingly manufacturers are looking to locate essential supplies closer to home, or persuade their suppliers to do so.

The trend to reshoring is particularly acute for technologically advanced products. For end products such as electronics, microchips and high performance batteries, this is especially true. Indeed, governments are financing companies that locate new factories at home, despite higher labour costs. Some governments are even imposing export controls on technologically advanced products.

This retreat from globalisation for the sake of security implies a loss of efficiency and diminished world prosperity. The chemical industry is participating to only a limited degree in these moves, since Asia remains the location for much of world industrial growth, and chemical production technology is now widely diffused. But some activities, like lithium extraction, are likely to move closer to their end users in Europe and the US. Governments are also encouraging the build-up of domestic energy generation. As renewable energy installations accelerate, consumption of chemical products like epoxy resins for wind turbine blades may increase too.

'Europe's LNG prices dropped to around $22/mmBtu this year,

slightly below even East Asia's of $24/mmBtu'

All these challenges are present in a year that two thirds of economists surveyed at Davos expect to be a recession year. Is there a silver lining among the clouds? The good news is for buyers of chemicals, since some chemicals still have high prices that were driven up during the over-heated markets of early 2022, but these prices are now coming down. Even Europe's LNG prices dropped to around $22/mmBtu in early January. They are indeed, even slightly below East Asia's LNG prices of around $24/mmBtu. 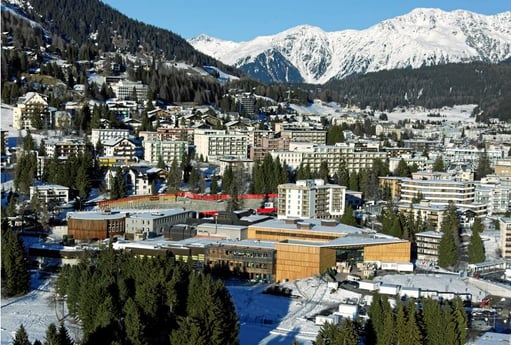 As the European chemical industry regains its competitivity with Asia, the big question remains: What effect the end of China's zero-Covid policy have? An upturn in domestic consumption of chemicals is likely, and a recovery in domestic pricing and profitability.

Will this mean a diversion of Asian exports away from Europe and their redirection towards China? Will the drive of exporting from China to Europe lose steam? Those are the hopes of chemical industry executives in Europe, especially if their companies also have production facilities in China.

The final word goes to Klaus Schwab, founder of the World Economic Forum that takes place in Davos, Switzerland. Schwab sees the world at present as in not so much a crisis as a period of transformation that will take several years. The combined effects of energy transformation, reshaping of global supply chains, reduced productivity and the need for industry to invest in greater resilience, will be to reduce world economic activity, maybe by 1% to 3% of GDP. Our leaders need to address these problems not with a crisis mentality, but with long term vision. 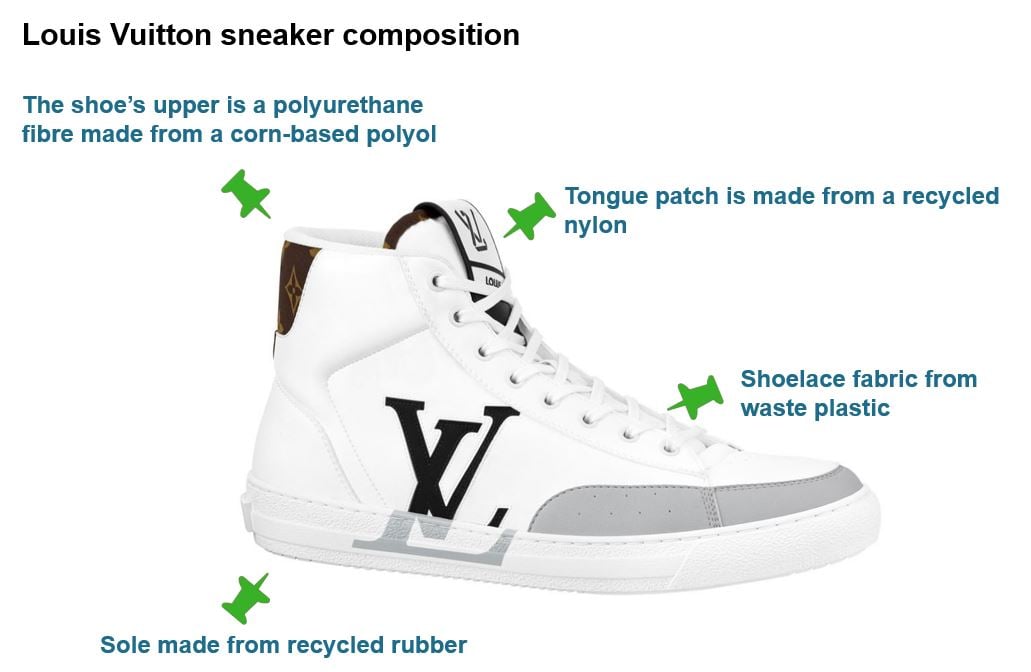